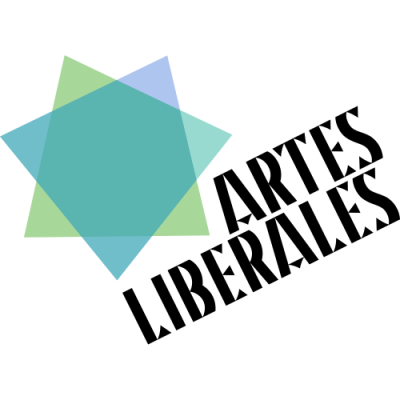 The 5th edition of ARTES LIBERALES art & education project will be held from 5th till 30th of April 2016 in ‘Ў Gallery’ (Minsk, Belarus). The Gallery’s space will once again turn into an open university – accessible for anyone.

See our program (to be updated soon)

The word “labour” is often associated with a workaday routine, alienated time, existential unfreedom. Especially when the “gained by one’s own sweat and blood” does not meet the amount of effort, put into it. All the more so, when we talk about forced labour, which not only does not bring pleasure, but deprives human of dignity and might cost him/her life itself. Furthermore, one and the same kind of labour can bring joy or, on the contrary, generate alienation, whereas pleasure and reward are not necessarily interconnected.

Our attitude towards labour is largely due, apart from work and payment conditions, to the invisible “work of ideology”, masking economic relations and political interests. Mass culture and media find themselves in the epicenter of ideological changes and production of various discourses. Thereafter, researching the forms and ways of representation of labour turns to be very important, if we want to figure out, how “obedient” are the bodies, which are produced by postfordist economy, and what kind of mindset the society, with shortly every other “unemployed” (bearing in mind precarious work, which, for instance, in Belarus has recently been qualified as social parasitism), is mostly interested in. This will allow us to understand, how the attitude towards labour has changed in time, when the boundaries between material and immaterial, physical and intellectual (cognitive), paid and unpaid labour seem to be almost intangible, and work time and leisure time are already indistinguishable.

Ergo, labour is not only an economic category, but also an object of representation. However, it is a specific object, elusive and largely dependent on the ideology and technology of representation: to “sing” conveyor or machine-tool and make industrial objects “cinegenic” is only possible by cinematography and partially by photography, whereas immaterial labour is conjugated with another modes of work and other modi of representation.

But what does it mean to “portray” labour? It is possible to take a picture of a worker near by the machine-tool ( or “at the leaving the factory”), a milkmaid at a farm, a manager in front of the computer or the writer in a cafe, but how do we do their work visible? And how do we “portray” immaterial labour – be it “digital” one or “care”? Moreover, what kind of people of labour or, more precisely, the people of what kind of labour, – are to be seen as cultural heroes of our contemporaneity, whose visibility is not conditioned by their input to “community service”, but is based on a completely different logic (on the logic of transition from “labour society” to “consumer society” – in line with that consumer concerns are more important than those of cashiers or loaders, not to mention those who grow wheat, collect cotton, grow tomatoes, produces packaging or packs up sugar).

What has changed in the ways of labour representation during the transition from industrial to post-industrial era, from traditional to new media? Can we “read” those collisions and conflicts, social and economic processes and relations from the screen of representations (be it a picture, a photograph or a film)? To what extent a particular way of labour representation can turn to be crucial for social-critical analysis of work conditions or forms of exploitation and alienation (in other words, what is the link between Marx’s “Capital” and photography, depicting inhumane conditions of child and women work in XIX century)? How do media and art take part in reproduction of inequality, marginalising, humiliating or making invisible the labour of migrants, women, low-paid workers, representatives of non-prestigious occupations? Or, on the contrary, how representations contribute/participate in the implementation of symbolic recognition through visibility and equality in their representation?

Suggesting discussion of these and other questions in the framework of our project, eventually, we hope to show the way in which Form and Ideology are connected in the process production of visibility modes of various kinds of labour; as well as how “poetics of labour” is inextricably linked to the scene of economy and politics. And, although the collisions of immaterial, cognitive and precarious work (together with the regimes of their in/visibility) seem to have some equivalent of universality in today’s global economy and media reality , in our local context the value of a particular historical experience still matters: namely, the memory of those times when Labour has been a signifier of human solidarity, of collective spirit, of emancipation and, in general, was seen as a promise of better future for all. The disappearance of sight of people of (physical) labor out and silencing of the conflicts associated with the work (be it in University, in a supermarket or a textile factory), as well as the displacement of the very topic of Labour from the scene of representations – are burdened with the traumatic memories of the recent past and fraught with anxious expectations of the future.

The program of our events will be lined up around several key topics:

See our program (to be updated soon)